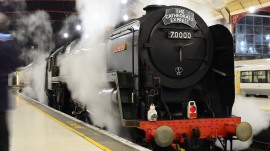 Some of you may note that once in awhile, I post a video by one of my favorite UK Steam video/DVD companies: PSOV http://www.mainlinesteam.net/

There are, however, many great videographers as well, from the UK.

Here is another video posted by Andy Edkins, a compilation of UK steam in 2013.

Often, unknowing people only see toy trains and tour trains that travel slowly, making the people of today have unrealistic memories and images of how steam travel was.  Although I can say that in Europe, many steam excursion trains run at speed, sometimes, most of the steam trains in Japan and the United States travel at slower speeds than what it would have been like in the days when steam was everyday normal.

These videos give a glimpse of what some of the “at-speed” speeds were like.  Most of the express passenger trains pulled by steam locomotives in the 1930s through the early 50s, traveled at speeds exceeding 80 mph and the best of them traveled at over 100 mph.

Today, the fastest electric and magnet-driven trains can go over 300 mph.  In the United States, this has not been seen yet.  The United States, at the moment, does not seem to care too much about rail travel, even as more and more people are returning to the joys of train travel today, becoming tired of the monopoly of air, bus and car long-distance travel.

This is one of those sensual memories for those of us who grew up with steam trains.

Although I grew up in Japan in the 50s and 60s, the sight of a running steam train coming through the crossing while we stopped, heard, felt, smelled—is forever burned in memory, no matter what country.

Below is an example from the UK. User willhayfield has posted this wonderful short video of 34067 Tangmere pulling the Cathedrals Express special through Mottisfont and Dunbridge on October 2011.

Turn up the volume!

Steam running full speed or coming into stations is rare in the United States and in places such as Japan, even, where steam used to be the pinnacle of passenger travel.

However, in places such as the UK, Germany, Poland, Australia, New Zealand, and Italy– one can still see Steam Trains running without diesel helpers, strangulated speed restrictions, and tour-train looks that make the steam train appear toy-like.

One aspect of steam trains that is sorely missed in most places, is captured beautifully on DVD video by the UK video company–PSOV (Preserved Steam On Video).  This is one of the top five steam video production companies from the UK, in my opinion.

Below I show a wonderful example.  It is their collection of preserved UK steam running at Night.  Spectacular colors, reflections, sound and energy emerge.

For more information on this video, you can see it at this link:

The music is by ‘The Pargeters‘

For more videos by the wonderful DVD site, visit: 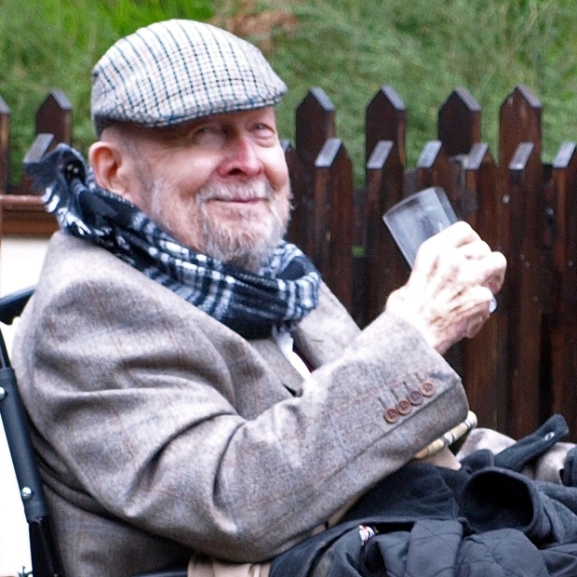 Alan Pegler is also credited with single-handedly “saving” the Ffestiniog Railway of Wales, from extinction, buying it and reviving it as a modern excursion/tour railway.

He had bankrupted his family fortune via the purchase and maintenance of the #4472 Flying Scotsman and was thought of by many to be obsessed.  However, most view him as one committed to his love of steam and historical rail in the United Kingdom.